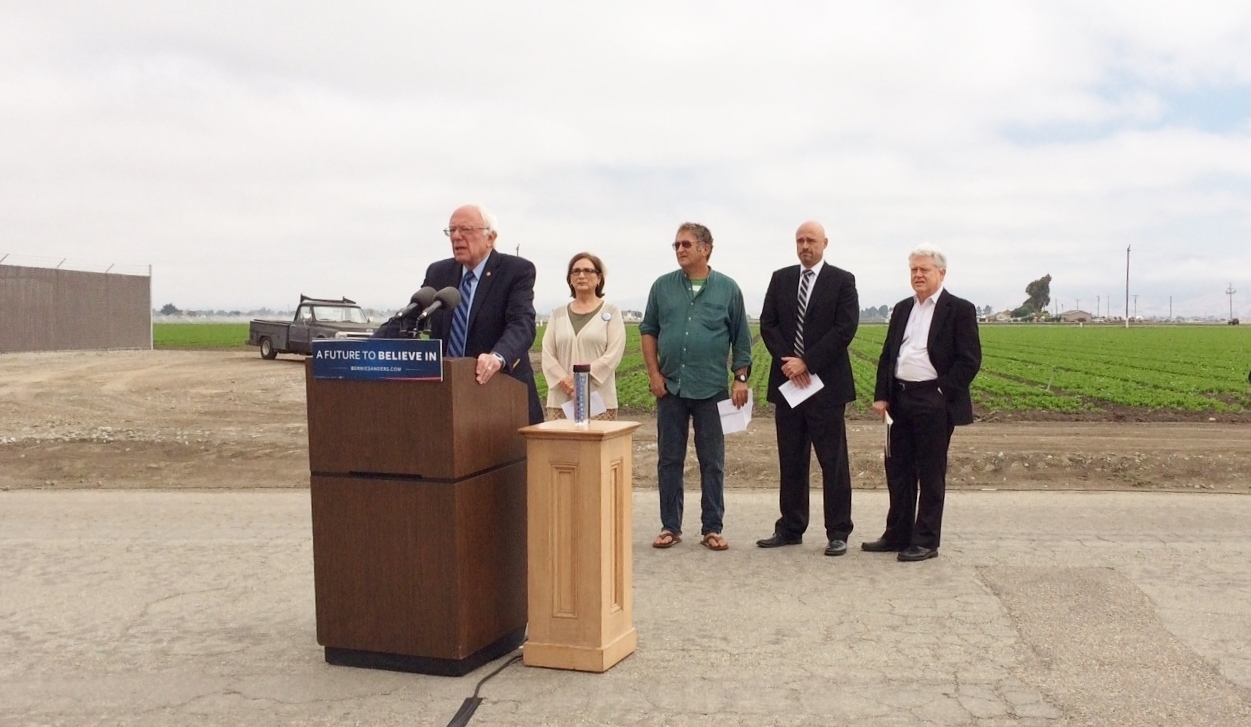 With a field of romaine lettuce just steps behind him, presidential hopeful Bernie Sanders swooped into Spreckels this morning to give a press conference about his views on fracking, and to voice his support for Protect Monterey County, the group of local activists who are seeking to ban fracking within county lines.

The free, invite-only event was attended by about 50 anti-fracking activists as well as local and national press.

When Bernie arrived, just after 10am, he wasted no time in stepping in front of the podium. “Fracking is one of the major environmental issues facing our country,” Sanders said. “What it does to our water supply, what it does to our air, its impact on climate change. So this is an enormously important issue that I know is of growing concern to the people of California, and to the people of the United States.”