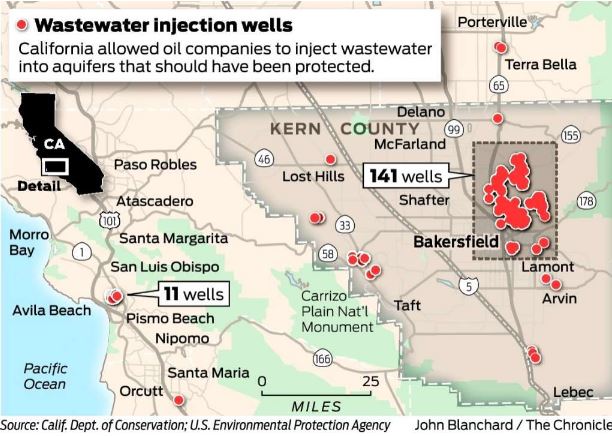 Oil companies in drought-ravaged California have, for years, pumped wastewater from their operations into aquifers that had been clean enough for people to drink.

They did it with explicit permission from state regulators, who were supposed to protect the increasingly strained groundwater supplies from contamination.

Instead, the state allowed companies to drill more than 170 waste-disposal wells into aquifers suitable for drinking or irrigation, according to data reviewed by The Chronicle. Hundreds more inject a blend of briny water, hydrocarbons and trace chemicals into lower-quality aquifers that could be used with more intense treatment.